In a world currently celebrating empowerment of the woman, photojournalist Lara Platman wants to remind us that women have been racing and driving fast since the invention of the combustion engine.

Today however, Lara takes her lens to look at someone moving at a much slower pace, Annie Peake, participating in the fabulously British and wonderfully bonkers quest of Hill Trialling. Nestled in a muddy quarry in the Herefordshire hills, we find Annie along with her 1927 Austin 7 Chummy, accompanied by her son Harry as passenger, progressing upwards with aplomb, trying to get to the top of the sublimely steep muddy slopes of the quarry bank aiming to the ‘start/ stop’ section at the very very top of the quarry.

Annie started Hill Trialling only a few years ago after ‘Bouncing’ for a friend of hers. The term bouncing comes from literally bouncing up and down to create more surface coverage and grip between tyres and mud.

“You have to let your tyres down a bit to allow for coverage, but then a further bounce is needed to get the car up the hill in the mud”, Annie tells me, “when you start to skid, that’s when you really need to bounce, it’s terrific fun”.

I ask Annie how on earth she got invited to this seemingly crazy adventure,

“My friend Roger Collings was already part of the Vintage Sports Car Club and invited me to be a passenger for him. Not only is it a brilliant day out it is very competitive which makes it all the more fun, so I was encouraged to get my own vintage car and trial myself”.

Annie says with about £10k in your pocket you can find a beginner level Austin 7 and start, or if you just want to join in you can be a passenger and bounce for someone.

“I am not at all technical about it, but knew I wanted more power to go up the hills, there are about 15 hills in total over the weekend, so I got someone to increase my engine power a little bit and now I have a chance to get to the top” she laughs, “these cars are so simple but I wouldn’t know what to do with the mechanics, you do have to have them road legal, someone will need to sort out that bit”. 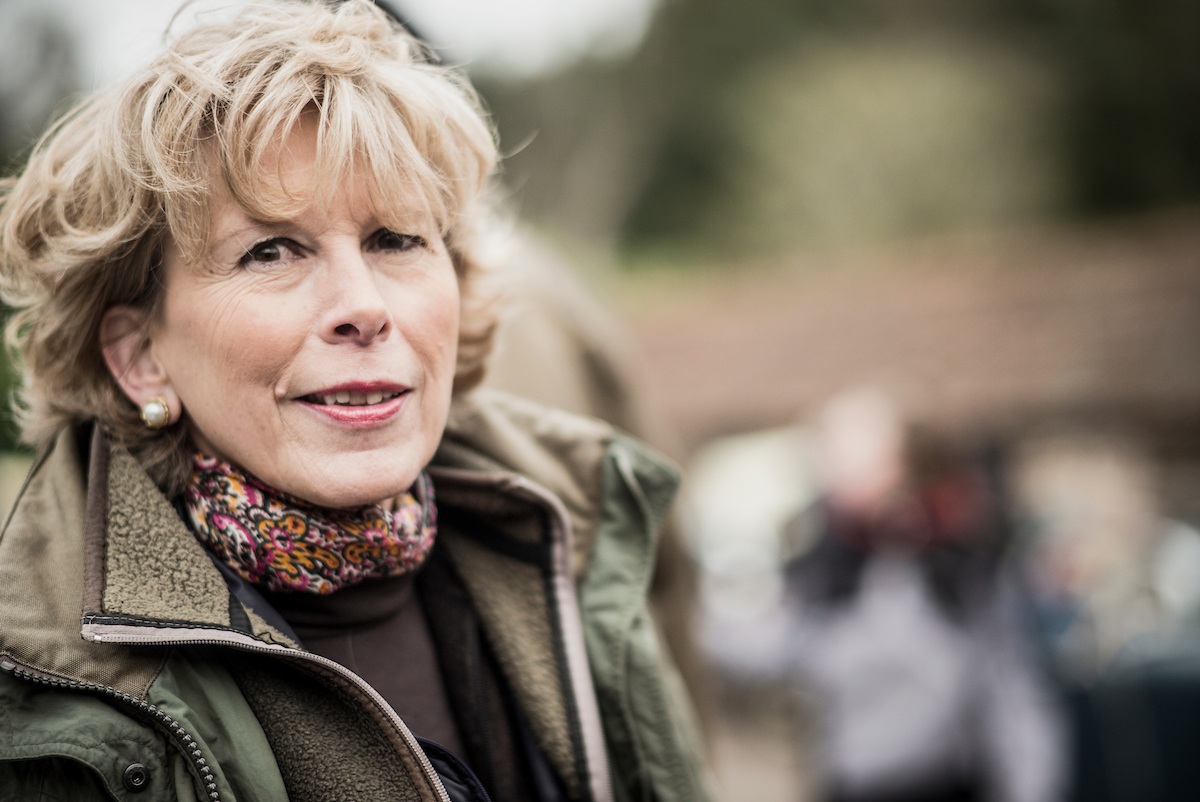 I find a few women here at the VSCC Hill Trials with only 110 cars available to enter for the weekend, “you have to get in fast to secure your place“, Annie tells me, “there is a great camaraderie here in the paddock, but everyone wants to win, despite being in first and second gear for most of the day.”

It was Dorothy Levitt in 1912 who said “One must always carry a mirror in the car. The mirror should be fairly large and one with a stick – not only to put ones lipstick on – but it is jolly useful to see what is behind you” and the delightfully elegant Kay Petre in the late 1920’s who insisted on a place to put her gloves, with both woman trailblazing the way for rear view mirrors and glove compartments, I feel that Annie today, in the wind and rather inclement weather, would rather be wrapped up warm, with her gloves on and certainly looking forward.

The VSCC can be contacted on …

Lara Platman can be found at Photofeature