Given your pace Lorina, did you want to race in Formula One?

Well you are racing Formula One cars now, two of the most impressive, we’ll talk about that later, but how did it all begin and when?

It goes back, I tried all sorts of things, horse riding and ballet – everything that young ladies do, although horse riding was my favourite, but then I was taken to a race meeting a boyfriends parents before I could drive, and thought it was so exciting. I knew there and then I wanted to be a racing driver when I grew up. 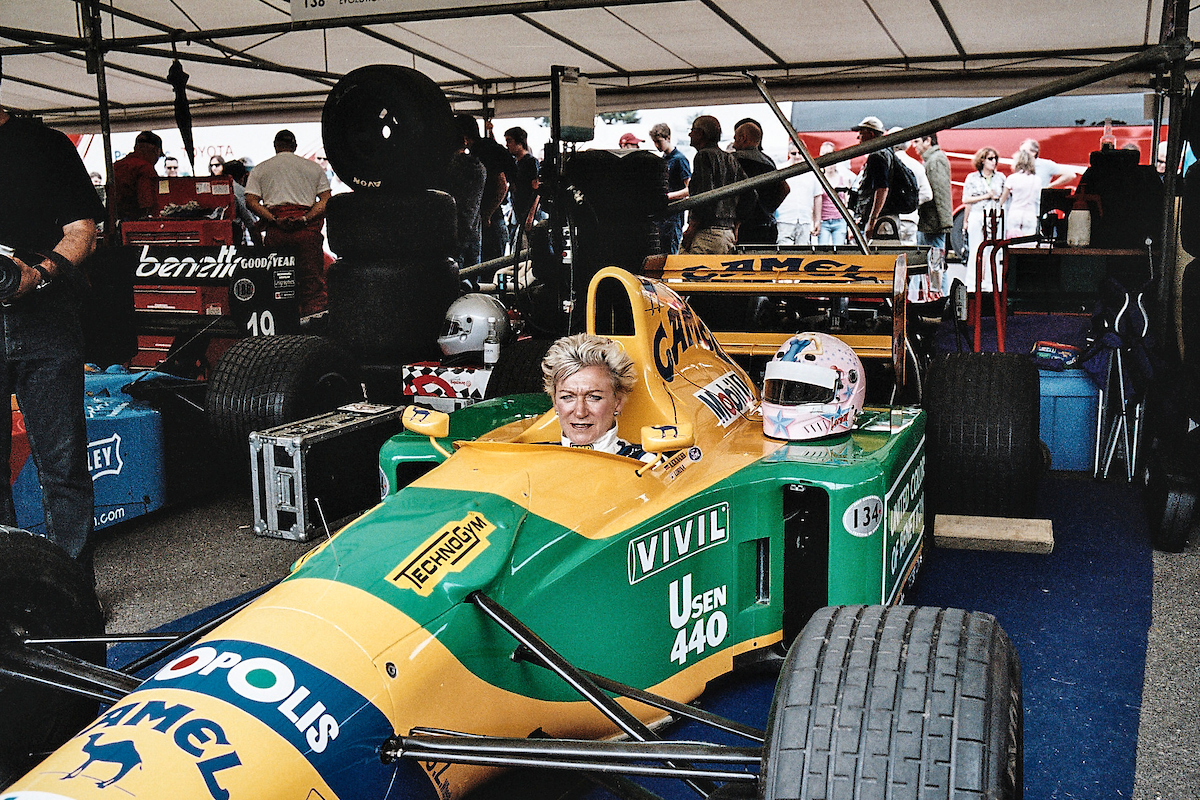 Did you see other women race or, what made you think that?

I just thought I wanted to have a go at that. That weren’t any women racing when I went to see it. It never entered my head that there weren’t any woman racing.

What sort of cars did you see race and did you have a preference?

I really liked the sports cars and the single seaters – it was more that fact that I was a bit of tom boy perhaps, so I had a tendency towards racing single seaters, but I also liked pretty things too, still do.

I just thought it would be a great thing to do, more interesting than anything I had done, I never wanted go karting, so the first time I went racing was with a boyfriend I had at the time. He was a keen golfer and dragged me around all the time as a caddy for him and I got rather disinterested with that and as we lived near Brands Hatch race circuit, I was able to make him watch racing as that’s what I wanted to do. So we started to go racing and we both decided that we’d have a go. We went to the school and got our licenses. Then he bought a Formula Ford car (a single seater and relatively inexpensive) and we raced together. We would do alternate races. Normally there were two heats and a final. I never got to do a final as it was his car.

What made you really take the reins and take racing seriously?

My then boyfriend stopped racing and I had the car to myself. I used to do the mechanics, all the gear ratios and all sorts of stuff in the paddock and I got a little crew to help me run the car.  I was lucky as the team who ran the race series also had a team of mechanics that would help drivers get their cars organised to race. By then I was able to stop doing the mechanics work and get on with the racing. Lucky really as I liked and still do like wearing coloured nail varnish.

By the time you were racing in championships, were there any other women you looked up to?

I raced in all sorts of different championships, sports cars and single seaters, but there was a woman called Anita Taylor, a fast lady, she looked so pretty she used to use her wing mirror to put to put her lipstick on, I love all that feminine stuff, it really spurred me on.

How did your personal life allow you to race? A lot of woman reading this may think that what with their careers or children, it might be hard to get everything prioritised.

My personal life did change and I did meet my current partner, it’s a long story, but I knew I wanted to race and chose to do so, so I created my personal life to suit it.

A good friend used to race my (now) husband’s cars and at the same time I had a good female friend who was also part of that race team (and was at once stage was also president of the British Women Drivers Club), and when she split with her husband, I was at that time, racing in the Formula Junior series, a Lotus 22, we used to go racing together and at Donington.  We used to be two women racing at the same race meetings, it was all fun, after the races we met these other race chaps for a drink at the bar and soon or later my good friend and my female friend got married.

But how did you meet your husband then and what of the priorities?

So, as I was saying, it’s a long story, this good friend blew his engine and my female friend said she would buy him a new engine.  It ended up I was the bridesmaid and my (now) husband was supposed to be best man, but never went to the wedding. In the end David my husband and I met at the race track. Our lives were running parallel for so long. I didn’t actually want to get married and have children, I just wanted to go racing. David my Husband owned some race cars and also just wanted to go racing. We had the same priorities. 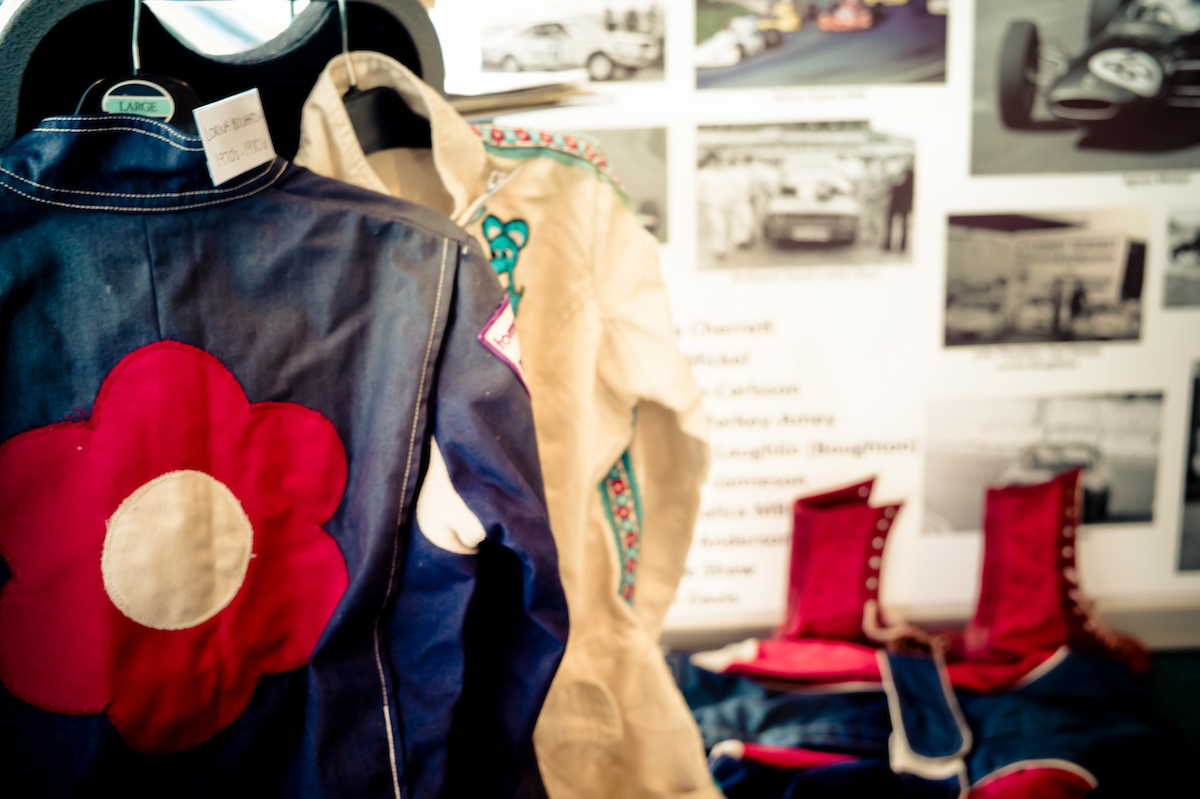 So your personal life was suited to your lifestyle, you both had the same interests and passions, your family is the racing community.

Yes, it has all worked out rather well really.

Well more on that in a minute but tell me about the special cars you are racing now and how has this changed from previous years.

I am racing historic cars these days my last contemporary race was a Davrion sports car, as I was mainly racing single seaters but some sports cars. But I started racing historic cars through a member of the British Racing Drivers Club, one of the husband’s friends, who had a collection of Formula Junior cars and was also the sponsor for the series. So he gave me a car, so to speak, to run. I had to find a team to run it, you know, do the mechanics side and get it to the track. I had to look after it and drive it.

What are the rules? If you break it do you fix it?

Yes, I think people know that I look after their cars, despite the fact these historic cars are worth a small fortune, everyone let me drive their cars, I think they knew I am reliable and fast and will bring the car home in a good position on the grid.

And today the special cars?

I owned and use to race the ex-James Hunt Maclaren the M23, I came 8th and 12th in Monaco on two separate occasions, with a grid of 30 cars I also finished 4th in the Historic F1 support race at the Magny-Cours, the French Grand Prix.  After selling the Maclaren I now own the Ex-Michael Schumacher Benetton B192-08, I compete that up the Hill at Goodwood Festival of Speed and demonstrate the car all over the world, at race circuits and on streets allowing so many people so see the car. My husband David and I organise Historic F1 Events. We organise High-Speed Global Demos. David is the founder of The Historic European Formula One Race Car Entrants (THE FORCE) and the Bahamas Speed Week Revival.

To a lot of the ladies reading this Lorina, the actual Formula One cars and the drivers might not mean anything, it might be that when we mention racing that everything thinks of single seaters and Formula One. Even for me, someone who adores motor racing, I too am not knowledgeable on the history of Formula One, I just think of James Hunt turning up at a race track, semi dressed, swigging a bottle of wine with cigarette in hand and a flurry of women beside him and some rich Lord saying I’ll give you another ride if you win this one.

That’s true, it was a bit like that! I would have been more professional, but I never had enough seat time, or received any sponsorship. Although I never had any children, I still had to watch everything, not go out for meals and watch what I spent. You have to cut your cloth to suit your coat, to suit your lifestyle. I took a couple of jobs – day and evening work, simply so I could racing,

I am lucky though as I raced the cars at the same circuits as Hunt and Schumacher, at Monza, Monaco… perhaps not the 1970’s but at historic events today. 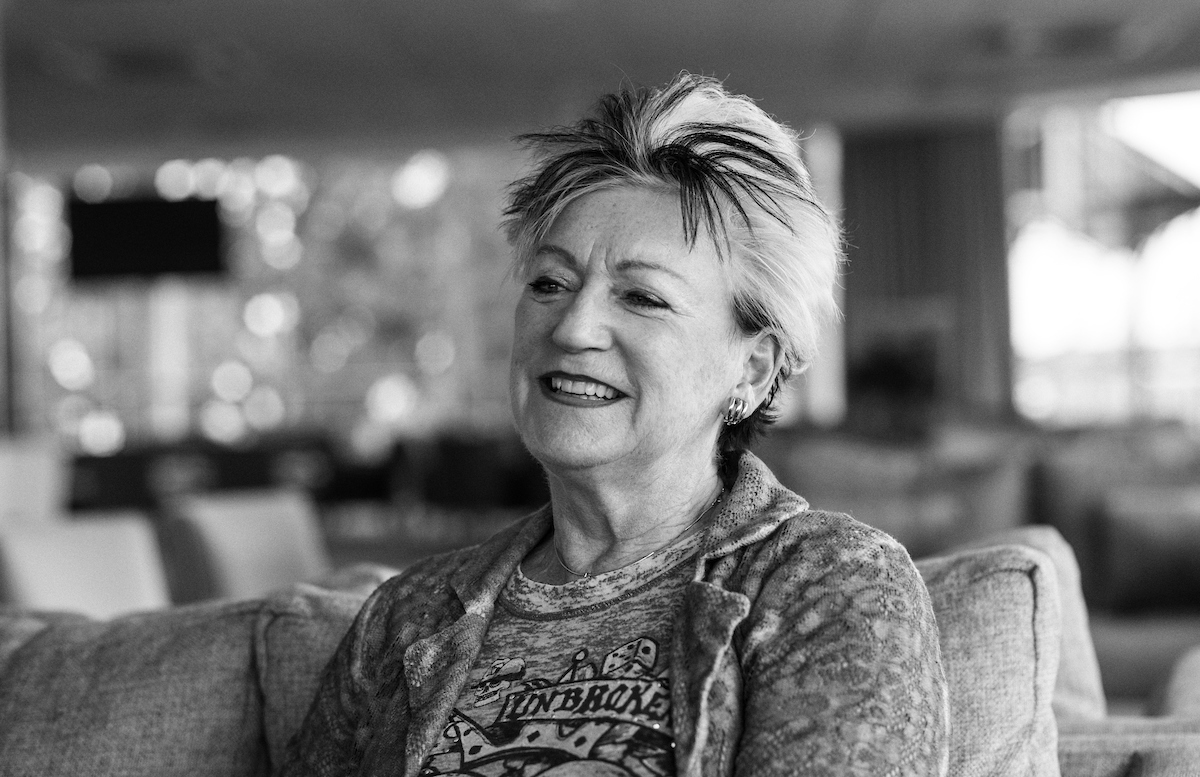 Talking about today I wonder if the new W Series can help enlighten everyone a little with single seater racing.

It’s such a brilliant way of thrusting women back into the spotlight of racing. Jessica Hawkins was the Go Karting rising star at the BWRDC at such a young age, Sarah Moore and Alice Powell who is now racing in America after being spotted in the W Series, all ladies from the BWRDC and of course Jamie Chadwick now a development driver with Formula one team Williams and races with the Aston Martin sports car works team.

Everyone was sceptical at first as you think most women who race want to race against men. Then my feelings changed, if this is the only way that women are going to be promoted then why not.

What plans do you have with the W Series and the BWRDC to celebrate these amazing girls racing?

We have a lot of BWRDC up and coming members, in karting and young racing drivers coming through the ranks, so once they start doing really well, it gives our members something to achieve to look to the W Series, also we can ensure that our members can get a positive chance in racing. The Series is so new, so it is really a case of watch this space with it.

Talking of how woman can go racing, women our age, who perhaps have had careers and families and now ready to take on a new challenge, and what of the women who really have a tight time schedule or women without too much money to throw at the sport.

As we said most women may not know of all the different types of motor racing available and think of single seaters, which may not be for everyone’s taste. There are so many different racing clubs and series, from modern sports cars and old Minis to modern Citroen C1’s and Renault Clio’s. Also there are so many historic and sports car racing clubs to look at. If a lady would like to think about racing then they can speak to the British Women drivers Club and we can advise you on where the races are and how to get a racing license. It’s very much the same as a normal license but with some added components. There is a race circuit close to everyone really. Ladies can come and see who else is racing and see if they want to join in.

Older ladies can have a new challenge now the kids are gone. Come and meet other woman and find out why they are addicted to it.

Lorina finally, what are your plans for next few years

Carry on. As long as I can.

I love my car, it’s a very special car it was Michael Schumacher’s car. I’d like to have another car. But hey. I look forward to driving different Formula One cars and continue to do guest drives at different circuits around the world so I am ticking of my bucket list to race circuits. Racing is my life.  The fearlessness I used to have has changed I guess, I am driving cars that need preserving these days. I still haven’t grown up though, my helmet still has Tinkerbell on it.

You can find Lara at Photofeature